After initially saying it had “no plans” for the palm-reading payment tech in Whole Foods stores, Amazon’s getting ready to go all in.

On Tuesday, the ecommerce giant announced it would be expanding Amazon One, its proprietary palm-recognition payment system, to 65 Whole Foods stores in California. As reported in Supermarket News, customers will able to pay for their bougie groceries by hovering their palm over a scanner at locations in Malibu, Santa Monica, and Montana Avenue in Los Angeles. In the coming weeks, according to the food retail publication, Amazon One will also launch at additional stores in Los Angeles, Orange County, the San Francisco Bay Area, Sacramento, and Santa Cruz.

Amazon One was first introduced in the company’s hometown of Seattle in April 2021 and later in a select group of locations in other parts of Washington, Texas, California, and New York City. But the simultaneous deployment of dozens of Amazon One locations marks the most aggressive rollout of the technology since the initial soft launch.

Back in 2020, when Amazon initially announced plans to implement Amazon One, many privacy advocates immediately criticized the move, citing past data breaches, a lack of legal accountability for protecting people’s biometric data, and a disproportionate negative impact on low income people and people of color. At the time, Amazon assured skeptics that it was serious about protecting consumer data, stating in a blog post FAQ that “palm images” are encrypted and stored in a “highly secure area” in its cloud, and that users can request to delete that data. 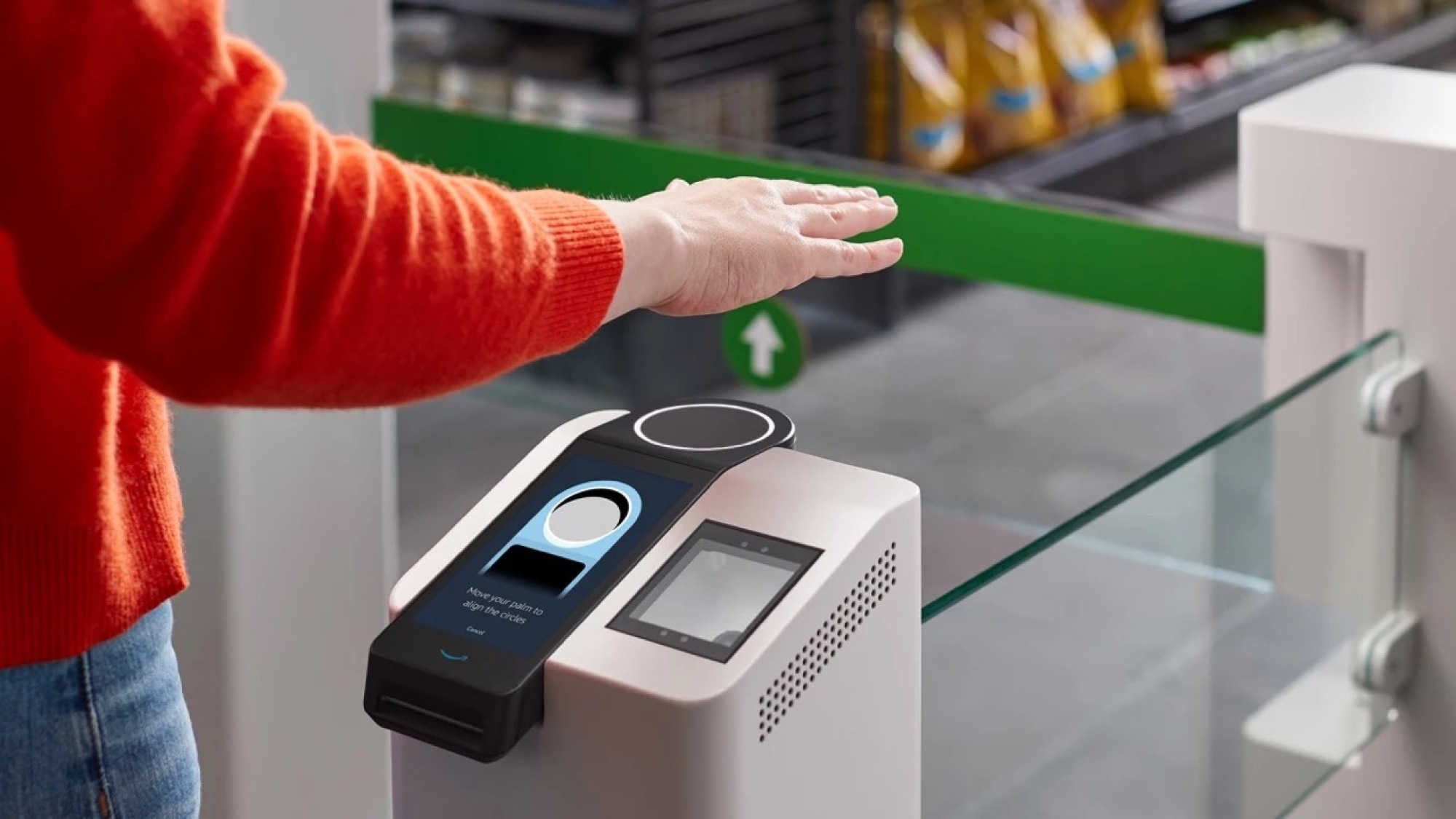 Amazon One enables paying with your unique palmprint, but at what cost?
Credit: Amazon

Despite ongoing privacy concerns, however, the use of biometric data for payment and identification is becoming increasingly common — just look at Apple’s Face ID or CLEAR’s eye/facial recognition for security clearance at airports. As we noted when Amazon first introduced the palm-recognition technology, Amazon One sends scanned images to the cloud, whereas Face ID stores what Apple calls “mathematical representations” of one’s face on a user’s personal device. So not only does Amazon retain your personal information in its own cloud storage, but it also keeps fully intact scans of your palms, making any security breach a potential privacy nightmare.

Amazon One is framed as a tool that makes in-person retail convenient and frictionless — an objective that Amazon has been pushing hard. Its Just Walk Out tech is basically the shopping equivalent of a hotel mini bar with sensors that automatically charge you, so you can buy stuff and just leave without any physical kind of checkout process. But beyond privacy concerns, cashierless shopping also raises questions about where retail workers would fit into the picture, if at all.

When asked for comment, an Amazon spokesperson pointed to its 2021 blog post addressing various FAQs which said Amazon One is a payment option alternative to traditional checkout and that “Whole Foods Market Team Members will continue to maintain all of their current responsibilities.”

In similar fashion, Mashable asked Amazon about the job security of retail workers during the January 2022 launch of its brick-and-mortar store Amazon Style with its “magic closet” fitting room. The company said retail workers would be a “big part of the Amazon Style shopping experience” and that “hundreds” of employees will work at the store. Time, of course, will tell. 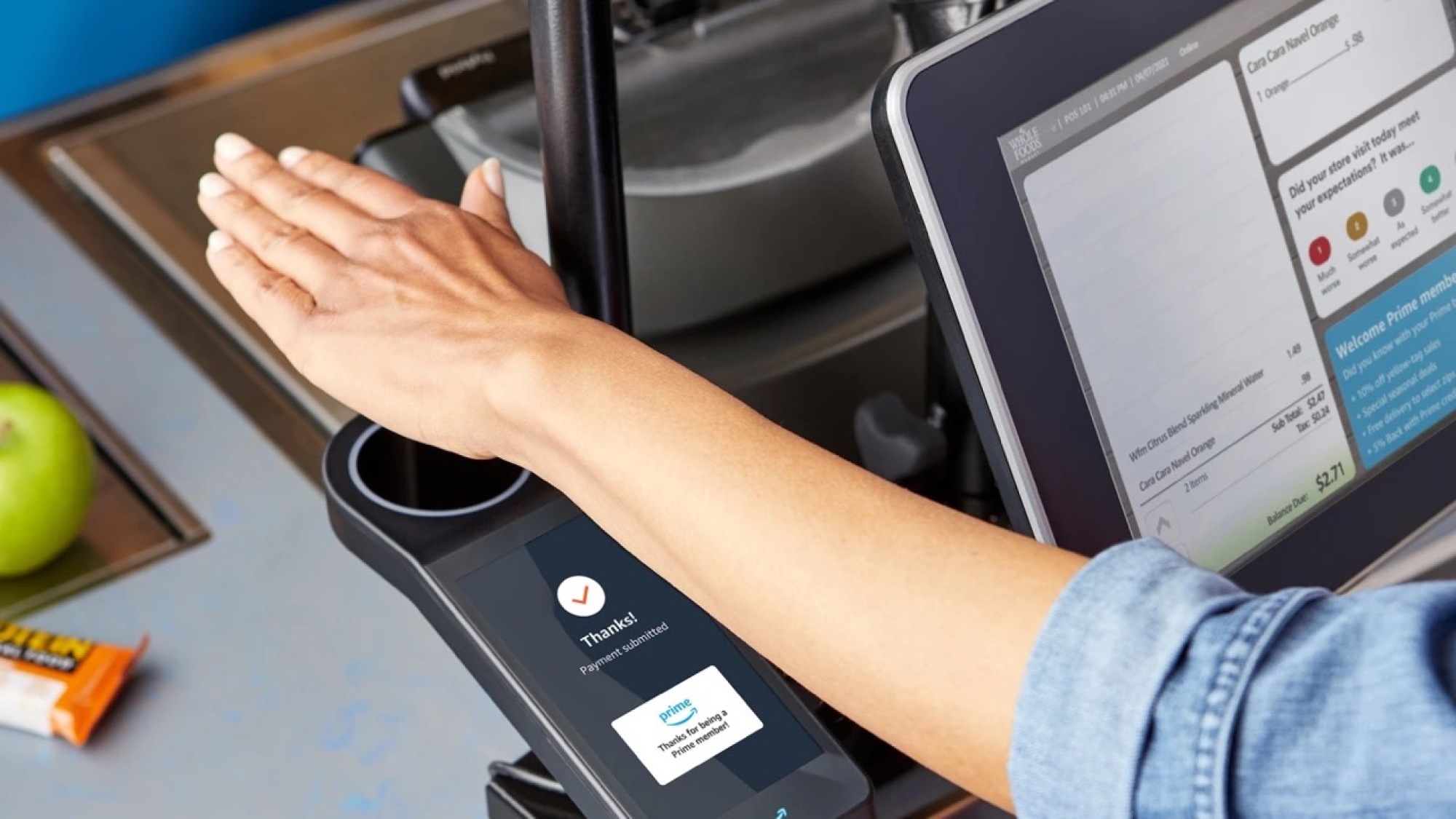 Contactless payment and ease is the major selling point for Amazon One. “Just scan your palm, enter your mobile number and provide a credit card and/or merchant membership number,” says the Amazon One website. “Once you’re signed up, you can use your palm to enter, identify, and pay where Amazon One is available – it’s that simple!”

But despite the ease of signing up, the potential privacy cost is high, as Albert Fox Cahn, founder and executive director of non-profit privacy advocacy organization S.T.O.P., notes. “When someone hacks your Amazon account, you can reset your password, even change your credit card number. But you can’t change your hand. When biometric data is breached, the harm lasts a lifetime.”

Is a lifetime waiver of your unique palm print worth the temporary ease of paying for groceries? Fox Cahn thinks not. “[Amazon] should stick with keeping the products organic, not the payments.”

This Haitian Town Hopes To Become A Surfing Destination

The Importance of Early Diagnosis