Across the United States, efforts to ban books have skyrocketed. In 2021, this push reached an unprecedented level: 729 materials were challenged that year, according to the American Library Association, with most of the targeted books featuring Black or LGBTQ characters.

Examples include Gender Queer by Maia Kobabe, a memoir about adolescence and gender identity, banned/challenged in schools in Florida, Rhode Island, New Jersey, Ohio, Washington, and Texas. Or The Hate U Give by Angie Thomas, a young adult novel inspired by the Black Lives Matter movement that examines systemic racism, police violence, class, and trauma, banned from the Katy Independent School District in Texas.

Or The 1619 Project (and the children’s version titled Born on the Water) by Nikole Hannah-Jones, who has criticised the wave of state laws and proposed book bans in schools for texts that acknowledge the United States’ legacy of systemic racism and examine the academic framework of critical race theory. Hannah-Jones’ work has been challenged in 27 states.

Challenging books has become a priority for some government officials, such as Texas state lawmaker Matt Krause, who requested in 2021 that public school libraries disclose whether they held any of a lengthy list of 850 books about topics including race and sexuality. Groups like Moms for Liberty, a conservative group claiming to campaign for “parental rights,” have also tried to censor books in public schools that feature topics like sexual and racial identity (but also seahorses).

Other titles that have faced challenges in libraries across the country include The Black Flamingo by Dean Atta, Tomboy by Liz Prince, The Bluest Eye by Toni Morrison, Juliet Takes a Breath by Gabby Rivera, On Earth We’re Briefly Gorgeous by Ocean Vuong, and Lawn Boy by Jonathan Evison.

This attack on literature has sprouted counter-movements and resistance, most recently with the Brooklyn Public Library announcing that young people across America can register for a free digital library card and consequently access a whole bunch of banned and challenged books.

In mid-2022, the Brooklyn Public Library launched Books UnBanned, a teen-led initiative catering to young readers across the country, regardless of state. The hope is to provide access to those who find themselves especially marginalized and do not often see themselves reflected in the pages of most writing.

“Access to information is the great promise upon which public libraries were founded,” said Linda E. Johnson, BPL’s president and CEO, in a press statement.

“We cannot sit idly by while books rejected by a few are removed from the library shelves for all. Books UnBanned will act as an antidote to censorship, offering teens and young adults across the country unlimited access to our extensive collection of ebooks and audiobooks, including those which may be banned in their home libraries.”

Meanwhile, Nick Higgins, chief librarian at BPL, sad that “limiting access or providing one-sided information is a threat to democracy itself.”

“Brooklyn Public Library stands firmly against censorship and for the principles of intellectual freedom — the right of every individual to seek and receive information from all points of view without restriction.”

The initiative, and its ambitions, join a rank of resources hoping to fight against the crackdown on books and intellectual ventures. Below are some of the places you can access materials that have been challenged elsewhere.

The Brooklyn Public Library has a number of support systems in place for teens struggling with the prospect of banned books in their hometowns and daily lives.

First, people aged 13-21 can apply for a free digital library card that’s valid for one year, and which will open the doors to the BPL’s full eBook collection and learning databases — that’s 350,00 e-books, 200,000 audiobooks, and more than 100 databases. You can do so by emailing [email protected] or via the library’s Instagram account, @bklynfuture.

The eCard is always free to teenagers in the state, who can apply through the library’s website. The fee for the card for those who live outside New York is normally $50 but currently, the library is waiving this.

Wider resources are available on the site, including information to help readers report book challenges at local libraries or to request book recommendations from fellow teens.

BPL has also compiled a list of banned and/or challenged books, in recognition of National Library Week 2022. The list includes an array of libraries where the books can be found. The formats include actual physical copies but also eBooks and eAudiobooks. You can check all possible locations by clicking on the dropdown menu underneath each book title. 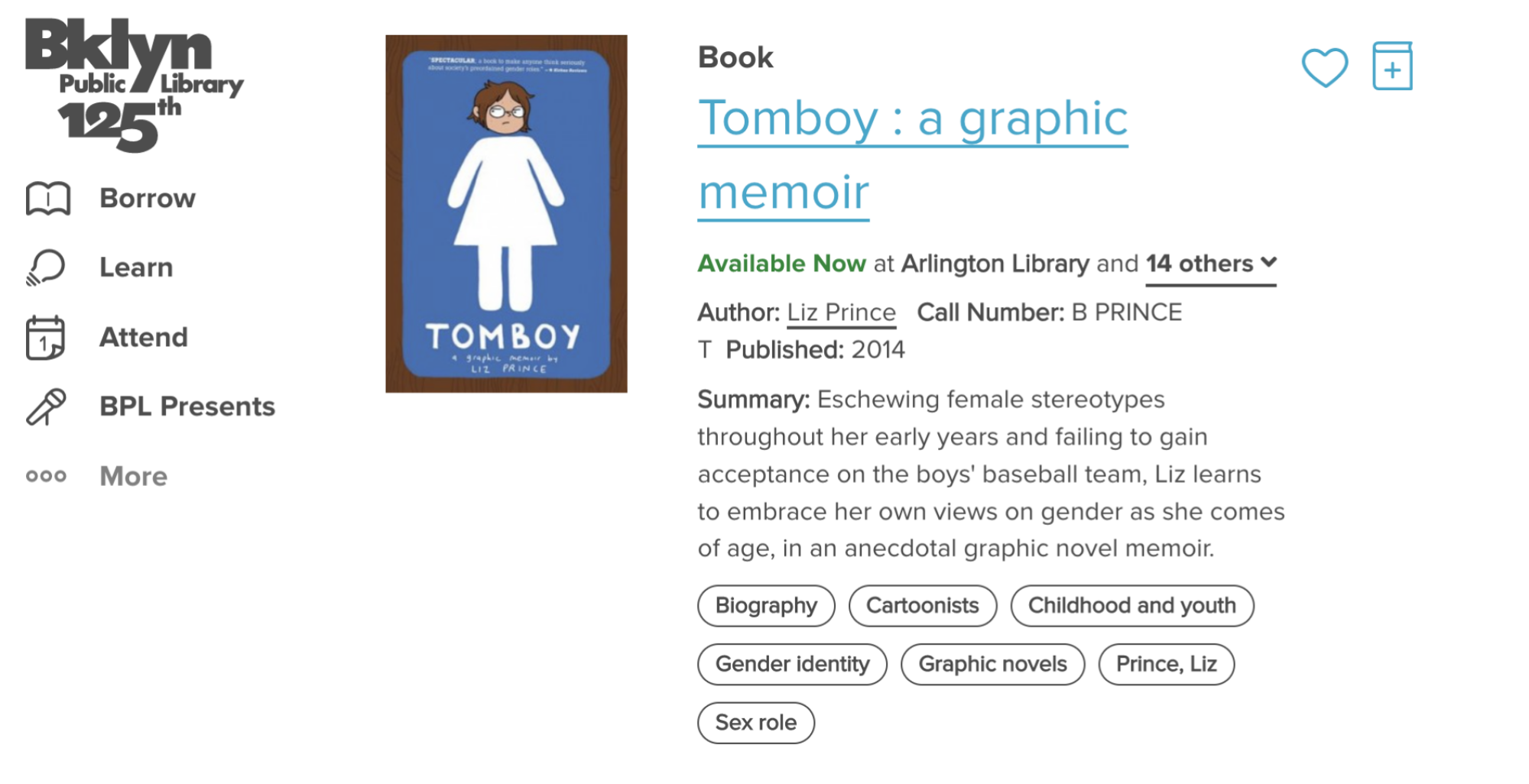 Each stated book on the BKLYN Books UnBanned List includes a number of locations where you can access it.
Credit: Screenshot / BKLYN Public Library.

The College of the Mainland, a public community college in Texas City, Texas, has a dedicated page for banned books, which explores the history of literature that has been challenged and why certain texts are more in peril than others.

To access these titles you have to be a member of the institution, but the library includes a list of frequently banned books that can be read for free on Google Books and other sites. Titles include The Scarlet Letter by Nathaniel Hawthorne and Of Mice and Men by John Steinbeck. There are explanations beneath each book, detailing why they have been banned historically.

On Many Books, a catalogue of thousands of free eBooks, you can access a variety of banned books, including political cornerstones like Candide by Voltaire and The Rights of Man by Thomas Paine. Simply click on the title you’re interested in, and you’ll be asked to sign in, either using your Google account or creating a new account on the site itself. Afterwards, click “Free Download” where you can choose the format you are seeking: a PDF, an eBook (which can also go directly onto your Apple Books library), and more. You can download a copy of your selected book or read it on the site itself.
Credit: Screenshot / Many Books.

You can also click “Read Online” where you can read entire texts on the site itself.

A cluster of public, free-for-all online libraries offer access to titles that have been challenged. Libby, for instance, allows readers to borrow ebooks, audiobooks, magazines, and more from your local library. The app can be downloaded on the App Store or Google Play. The company has previously outlined and discussed the importance of reading banned books.

Similarly, Hoopla allows access to your local library for free, providing access to a range of materials which can be downloaded or streamed from your smartphone or desktop. You can sign up online, by using any email address. After borrowing, titles are automatically returned at the end of the designated lending period.

With vital texts being placed in jeopardy, these resources can hopefully restore accessibility, fight censorship, and open the doors to allowing teens, in particular, to read texts that matter.