Living on the moon may still seem to most people like a fantasy out of The Jetsons, rather than a potential near-term reality, but NASA has its nose to the grindstone and is taking its first steps toward building a lunar base right now.

A rocket expected to blast off Tuesday morning from New Zealand will tread a unique path around the moon where the U.S. agency would like to put an orbiting space station. Called Gateway, this base would serve as a place for Artemis astronauts to live and prepare for trips back and forth to the moon’s surface.

The mission to establish the space-flying outpost could become a reality in as little as two years. Picture the base as something akin to the International Space Station: a place for people to live, with several ports for docking spacecraft, and a lab for conducting space weather experiments.

Rocket Lab, a commercial rocket company, will launch NASA’s test mission, the Cislunar Autonomous Positioning System Technology Operations and Navigation Experiment, aka CAPSTONE, with live coverage beginning at 5 a.m. ET/9:00 UTC and takeoff at 5:55 a.m. ET Tuesday. Then, about one week after launch, the public can track its whereabouts using NASA’s Eyes on the Solar System tool.

No astronauts will ride along this time. Instead, Rocket Lab will send a 55-pound microwave oven-size satellite on one of its light-lift Electron rockets, which the company says is the smallest rocket to ever attempt a launch to the moon. The satellite will become the first spacecraft to ever fly in a so-called “near rectilinear halo orbit” around the moon. This path should have special gravitational properties — tugs from Earth and the moon to create a nearly stable orbit — and ensure the moon base is continuously facing Earth, allowing uninterrupted communication.

Scientists examined many potential orbits before determining this one was the best fit for a base. A low-lunar orbit, for example, would circle very close to the moon’s surface. That would put the base closer to the ground but would require a lot more fuel to counteract the moon’s gravity, according to NASA. A distant retrograde orbit, on the other hand, would be more stable and require less fuel but would be less convenient for accessing the ground. 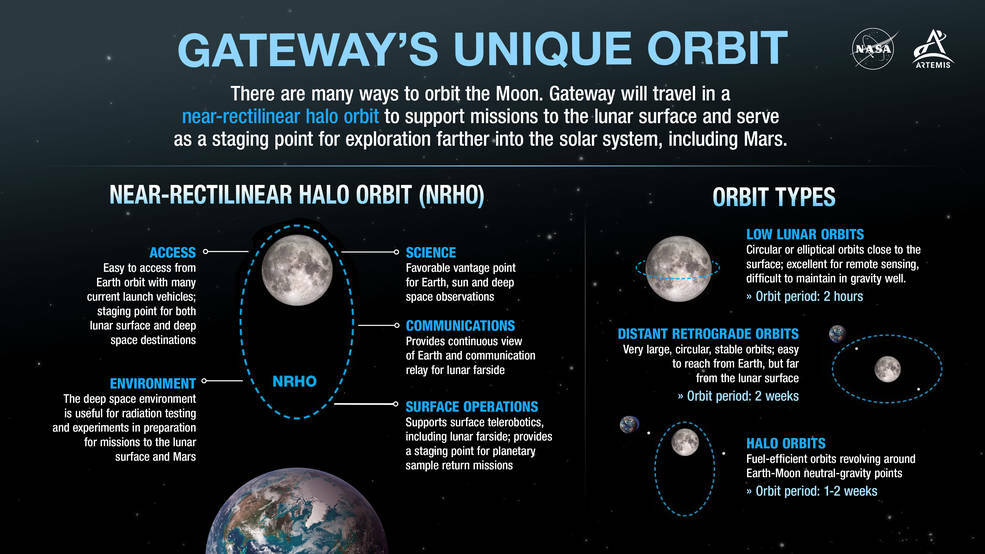 In this infographic, NASA explains the unique halo orbit the Gateway lunar space station will follow to orbit the moon.
Credit: NASA

With Gateway’s proposed orbit, a spacecraft would get the best of both worlds: close proximity and fuel efficiency. Hanging like a necklace from the moon, the path would be a weeklong loop with relatively easy access to the moon’s surface, including its South Pole. There, NASA wants astronauts to test capabilities for weathering life on Mars.

But scientists will also extract valuable data from that time spent in orbit. This orbit, according to NASA, “will allow scientists to take advantage of the deep space environment for a new era of radiation experiments that will inspire a greater understanding of potential impacts of space weather on people and instruments.” 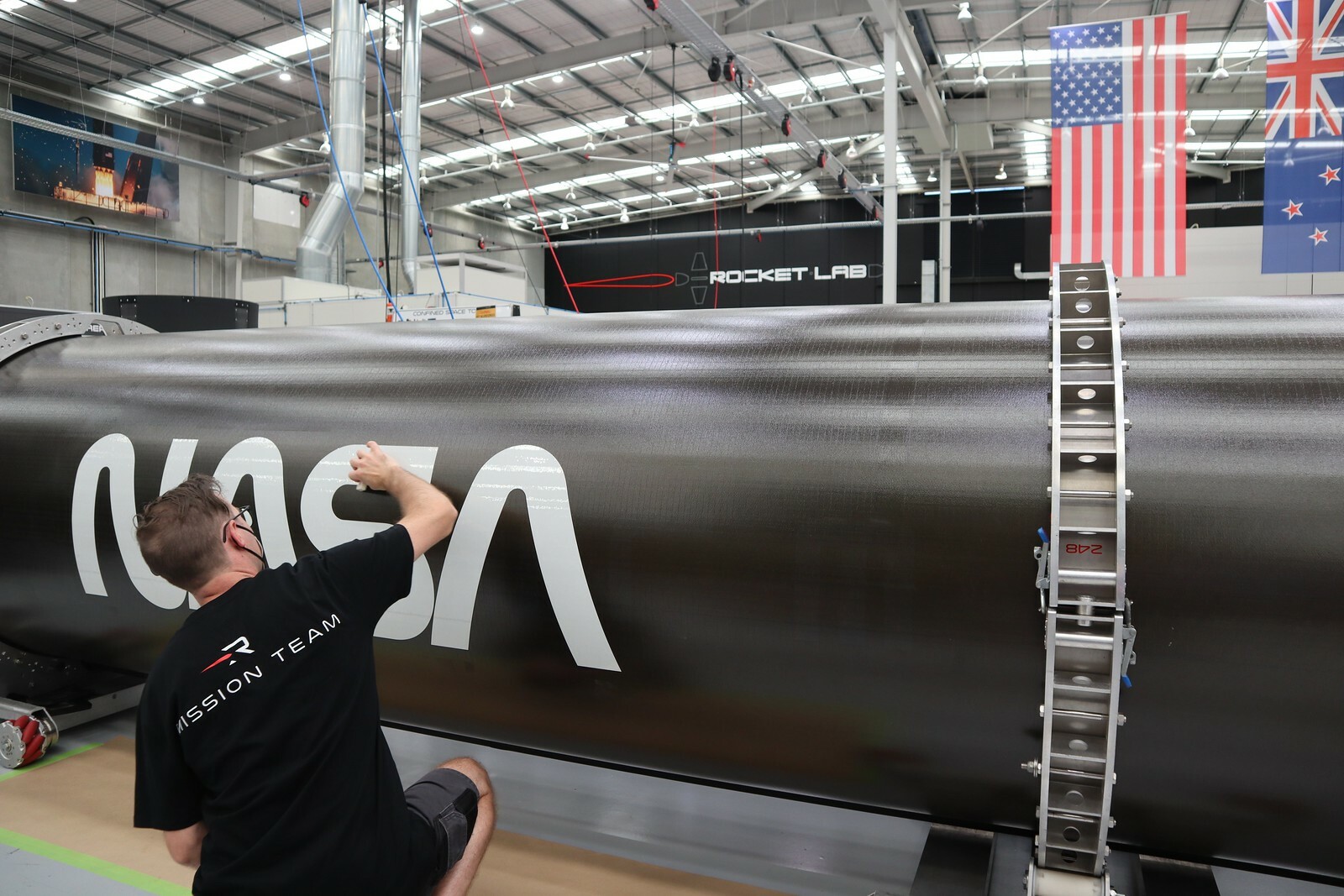 The 59-foot Electron rocket will be the smallest rocket to attempt a launch to the moon, according to Rocket Lab, a commercial contractor for NASA.
Credit: Rocket Lab

Rocket Lab’s small 59-foot Electron rocket will get CAPSTONE to its destination using a novel approach. The rocket will first boost the satellite to low-Earth orbit. From there, the company’s Photon spacecraft will take over, propelling it in space through a series of maneuvers. Building velocity to 24,500 mph, it will break free of Earth’s gravity, then the satellite will use its own propulsion system to get the rest of the way to the moon by Nov. 13.

NASA found “organics” on Mars. What does this discovery mean?

This Watch Just Went to Space. What’s That Worth?